Revealing Eden was an amazing novel. It had everything - from passion, story line, creative new world, to character growth, nature love and deep conflicts. It wasn't all that fast paced, and from time to time the descriptions grew a little tedious, but other than that I can say that I enjoyed it very much.

I was pleasantly surprised that I had my mind plunged into the story so much, that I kept on going and going. The last 7% I even had my kindle 'read' to me while I was cooking dinner, because I didn't want to wait to know what happened in the end :))

The story was a very nice dystopian. It had original plot and ideas. It also touched at problems we have in our own society, like racism, social inequality, struggle to survive, to trust, to love and so on.

I think that some readers may have a problem with the romance, though the human/monster relationships are quite a marketable right now.

The characters:
*Eden was the female protagonist. She's a Pearl, a Caucasian girl, who lived in a society where the Black (Coal) race is dominant, respected and feared. She yearned for a black mate, for a good life and for escape from The Heat. She didn't perceive herself as beautiful because she's white skinned. She despises herself, because that's what the society teaches the Pearls. That they're worthless, unwanted and the lowest step of the ladder. During this first novel installment, Eden grew a whole lot, from hating herself to loving what she is; from not knowing herself, to finding out who she is. I loved her, for she was very real.

*Bramford was very handsome, powerful and arrogant. He was also secretive, mysterious and completely lovable - once you got to know him, that is. Even after the experiment, with his changed features, I couldn't not love him. With his new strength, agility and comprehension of nature, he was the perfect man for Eden.

*Dr. Newman, Eden's father was such a sweetheart. He was completely absorbed in his formulas, DNA sequences, lab equipment and so on, that he didn't even pay attention to his own daughter. Or perhaps he had his own reasons for it.

*Maria, I loved how tuned she was to nature and everything around her. Communication was unnecessary for the most part, because she could feel with her human senses what the wind whispered.

I've only marked one quote:

"Hurry," he said. "We must leave at once or wait until the next day."
"Why?"
"Elementary. There are no lights here."
Unable to absorb the concept of living by day, she gave him a blank look and then walked away. 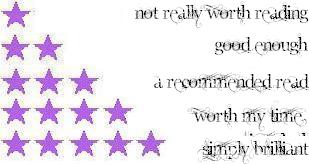